Posted by Chelsea Christian on December 9, 2013
Posted in: Uncategorized. 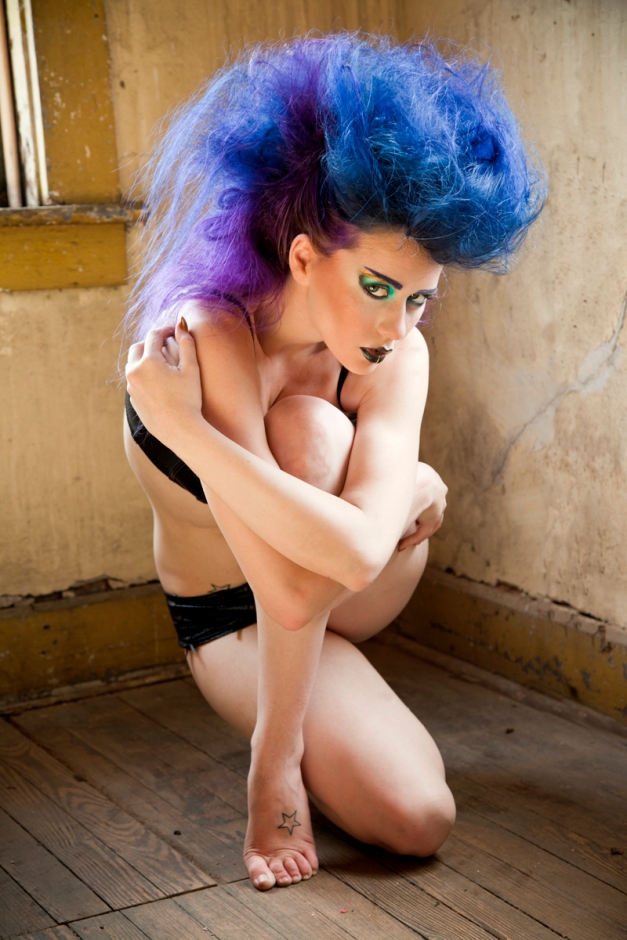 I absolutely adored this shoot, so I wanted to make a post for it all of it’s own. 🙂

I’ve worked with Sheena Cuccia, the awesome makeup artist and hair stylist, and she set this shoot up with Dale Gunnoe, a photographer that she’d worked with a bunch, and the results are amazing.

The idea behind this was a creative take on reptilian style. I had a shoot with Sheena a few days before so we went over the ideas and I was so excited. I was just about to have my nails done so I asked her what color would work the best, and she said gold would look great so that was really fun for me, because my nails are most likely painted black. Once we went over the plans for the shoot she said that the other makeup artist/stylist that was going to be there had to cancel, so it was just going to be the 3 of us. I knew she had a crazy elaborate design in mind, so I was worried that not having more people that we might not be able to pull it off.
It turns out that I had absolutely no reason to worry, and she did an amazing job!

When I went to get my nails done, I stopped in Hot Topic to visit some of our friends and saw this awesome set of lingerie that was definitely reptilian inspired. I had to pick it up, partly because I loved it, but also because I had absolutely no idea what pieces of my wardrobe were going to fit into the theme. 😛 It ended up being perfect, and I’m so glad I found it!

We met really early at her day job, and went upstairs to this abandoned warehouse area above it that I had no idea was there. The place was dusty and broken, so it was an awesome place to shoot in. The only downside was that this was in the middle of summer in Florida, and there was no A/C up there. Thankfully it was where the bar she works at kept it’s walk-in freezer, so at least once an hour everyone would walk over to the freezer and cool down. 😛

Sheena worked tirelessly over at least 3 hours and made my hair into an awesome faux-hawk (yep, that’s all my own hair), and used an awesome technique she found to create scaley makeup with all kinds of different colors.
I absolutely LOVE what she came up with.

Once the makeup and hair was done, we went to shooting, and it was really fun. Working with Dale was really laid back and I could tell that we were making some great photos. Even just looking of the shots at the end of the shoot I could tell we were a great team for this project.
After the shoot was over I realized the POPP and I were actually going to be in his photography class that started in a few days, so we got to be friends and it was cool getting to work with someone that was teaching us.

As always, there’s more in my port on here, and on my various sites!
And both Sheena and Dale have relocated to bigger cities, so if you’re in their area and are looking for awesome people to work with, definitely look them up!