Posted by Chelsea Christian on August 25, 2013
Posted in: Uncategorized. 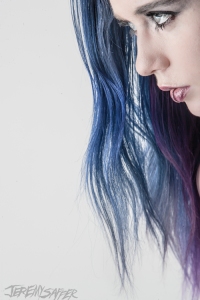 One of the first people I ever wanted to work with when I started modelling was the world famous Jeremy Saffer. He’s shot anyone who’s anyone in music, actors, and models, and continues to put out image after image of greatness. When I say that I tried not to fangirl during our shoot, I am not lying.

We shot for about 5 or 6 hours at his studio in MA, and I love the images from it.

We shot in different sets of lingerie for a book he was invited to be published in.
Then we shot some headshots and other looks in his style.
And we concluded with some corpse paint to continue his corpse paint series.

That list seems to make it all seem very simple, but it was a great shoot and that doesn’t really describe it well.

We were originally planning on shooting again two days later, but a close friend of his passed away. He talked about shooting anyway, but I’ve been in that situation and I know that working through grief is incredibly taxing.

I’ve only seen the headshots so far, but I hope to see more eventually. 🙂 I know they will look amazing!